Minor Update 157014 for Unofficial Patch 1.5 (released on 2nd of August 2019) has a new feature available: "Enable Anti-Aliasing in DirectX 9". For performance reasons, this option is disabled by default. Interested users can open "UP1.5 Settings" in the Launcher, check option: "Enable Anti-Aliasing..." and select the prefered Maximum Multiplier.

History of DirectX9 & Anti-Aliasing:
The official version 1.2 of Empire Earth 2 uses DirectX 8. Unofficial Patch 1.5 uses a special version of crosire's d3d8to9 (converts DX8 API calls to DX9), modified by Dr.MonaLisa for best integration with Empire Earth 2 and additional fixes for our favourite game.
Thanks to elishacloud (the great contributor of d3d8to9, creator of dxwrapper and other projects) - we can now use Anti-Aliasing in Empire Earth II. Elishacloud was so kind to code the whole thing (when I just asked details), so it helped a lot and I could focus on the integration part faster.

What is "Anti-Aliasing"?
Anti-aliasing uses various techniques to get rid of jagged edges on your screen which appear as a result of square pixels forming non-rectangular shapes. A higher numerical multiplier such as "8x" or "16x" produces a more effective anti-aliasing effect while requiring more processing resources.

Does "Anti-Aliasing" affect game performance?
Yes and No. Anti-Aliasing is primarily done by the GPU. It should not take additional CPU time. Empire Earth 2 is a CPU (processor) intensive game and the high single-core usage causes lags and low FPS problem. GPU (graphics card) usually has unused resources during game. Those resources can be used for features like Anti-Aliasing without causing FPS drop. However, the low-end or mobile GPUs might already be running at 100%. In this case enabling the Anti-Aliasing might negatively affect performance. The performance degradation can be fixed by selecting the lower Maximum Multiplier.

What is the "Maximum Multiplier"?
In simple words: it decides how good the Anti-Aliasing effect is. The higher multiplier is set, the best effect we get. Please note, that in UP1.5 Settings it's possible to select the "Maximum Multiplier" up to 16x. It doesn't mean that 16x is actually used. I tested on a laptop with Intel HD 4600, and the maximum used was 8x. Then I tested with RTX 2070 and it also used 8x. So most likely it never uses more than 8x, but I left those options perhaps for the future.
If you feel performance degradation with the high multiplier, you can try setting the "Maximum Multiplier" to 2x. It should already look much better than when it's fully disabled. 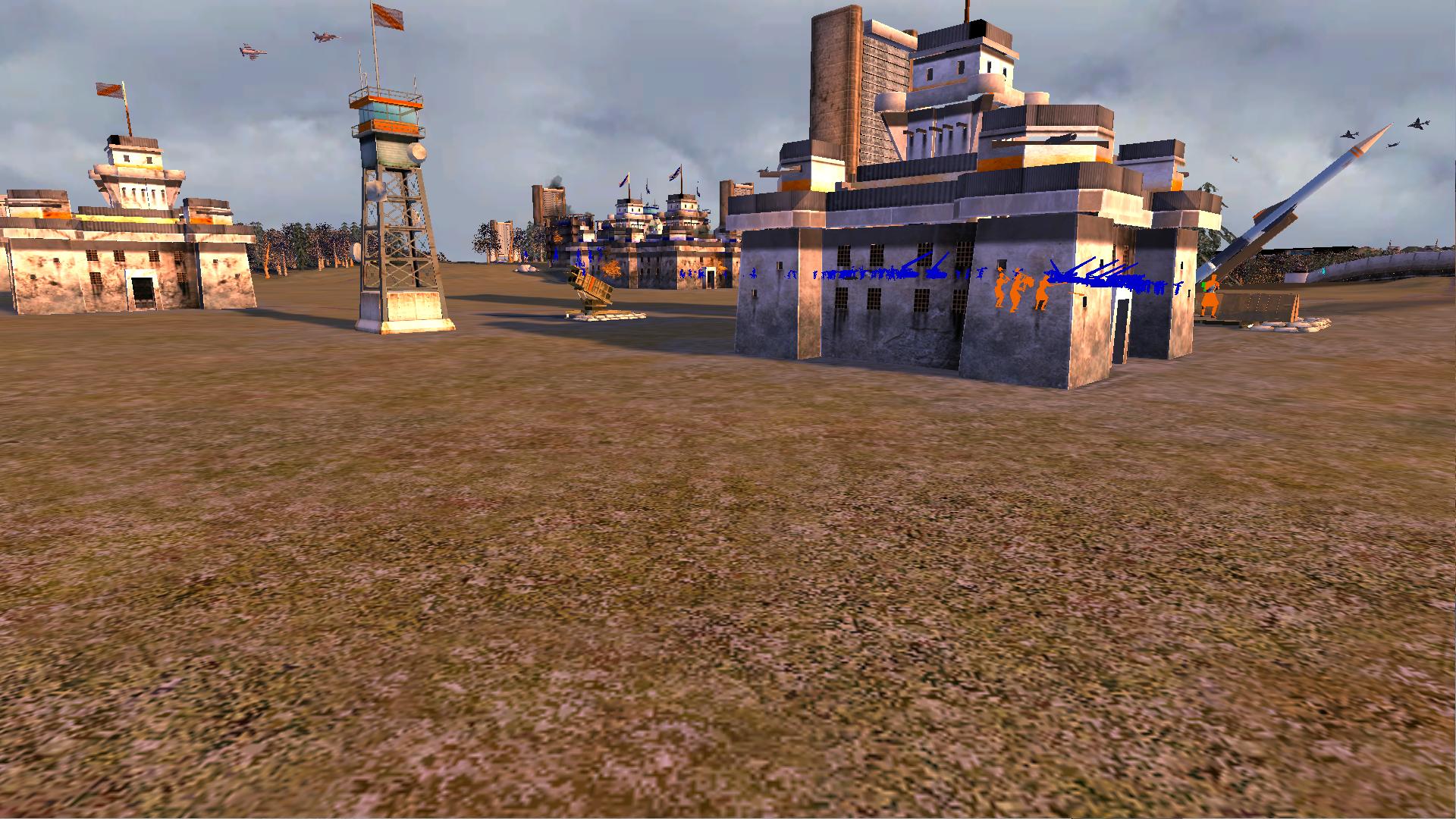 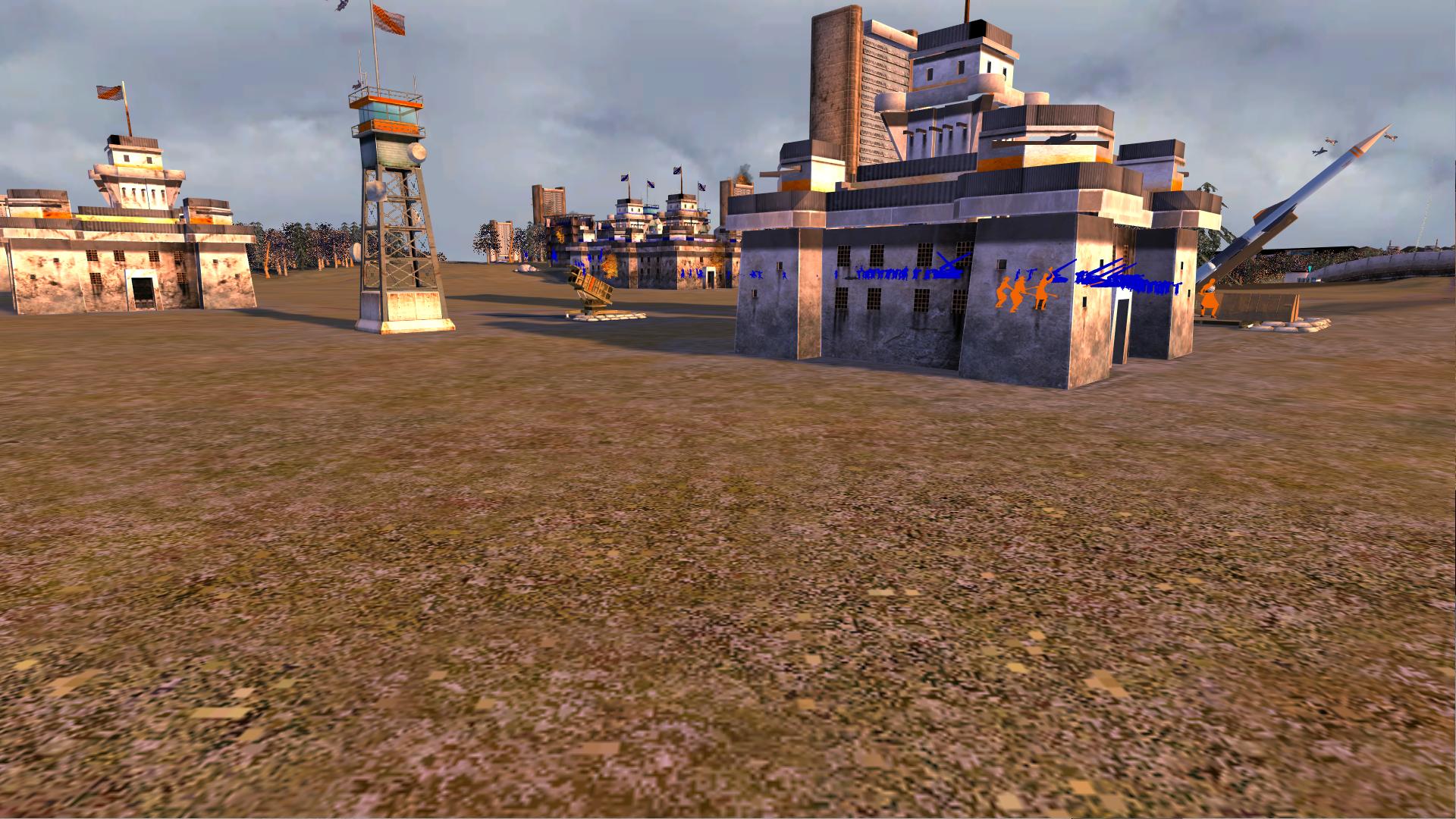 Summary:
To best understand how Anti-Aliasing works, please take a look at the screenshots above. When you look at the first one, on the left (Anti-Aliasing disabled), you can see the sharp lines, for example for the City Center, Outpost and other buildings. The second screenshot, on the right (Anti-Aliasing enabled) shows the same buildings, but as you can see graphics quality is undeniably better. When the game is zoomed-out, it's usually hard to notice difference, however in longer playing sessions it's more eye-friendly and everything looks much more natural, just like if you played a modern RTS game.

PrtScn Fix:
Since version 157015 (released on 4th of August 2019) you can find a new option in UP1.5 Settings, next the Anti-Aliasing switch. It's called "PrtScn Fix". For some reasons, when Anti-Aliasing is enabled, Windows often disables the PrtScn key for EE2 (possibly to prevent issues, which actually don't happen on EE2). Since 157015 update, EE2 & EE2: AOS use an additional hotkey for taking screenshots: "Scroll Lock" key. It works the same way as "Prt Scn", however active Anti-Aliasing doesn't block it. Additionally, when "PrtScn Fix" is enabled, the UP1.5 Launcher detects for the "PrtScn" hotkey press, and simulates the "Scroll Lock" key press, so the game takes a screenshot the same way as before.

TL;DR:
With Unofficial Patch 1.5 Minor Update 157014 you can use Anti-Aliasing in game.