What is the Dark Launcher Theme?
The UP1.5 1.5.6.013 Launcher (and newer), released on 12.09.2017 supports a new option "Dark Launcher Theme". This option was good enough to be enabled by default after the update. Users are still able to return to the old, light style by unchecking option: "Enable Dark Launcher theme" in UP1.5 Settings. Background colors, fonts, buttons, effects, everything have been improved in the most of the Launcher windows (excluding CD-KEY changer which is rarely used). You can view the screenshots below to see it.

Thanks to everyone who voted in our second Community Poll! The result of this poll is important to know if the community likes the new theme and if this option should still be enabled by default in further versions of Unofficial Patch 1.5. 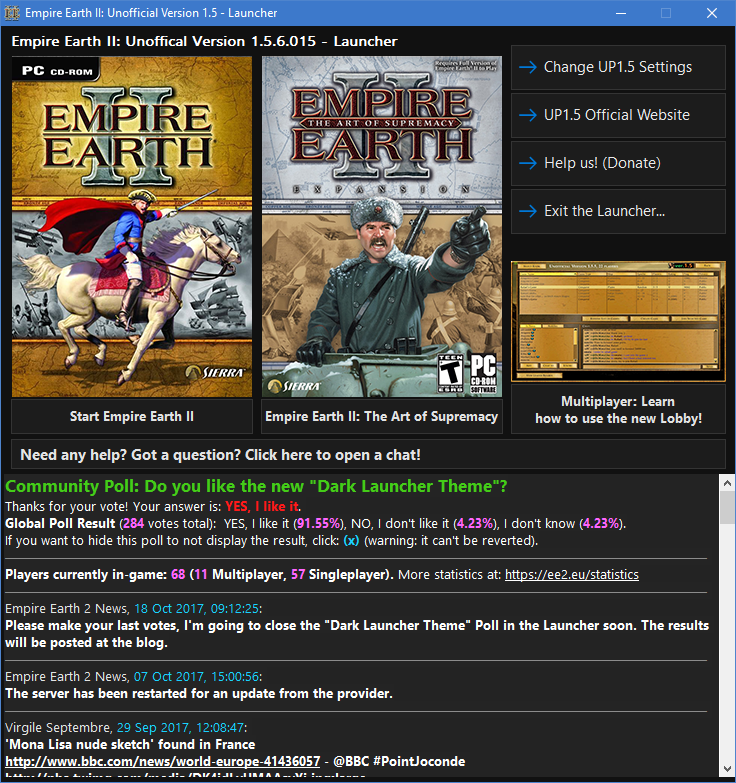 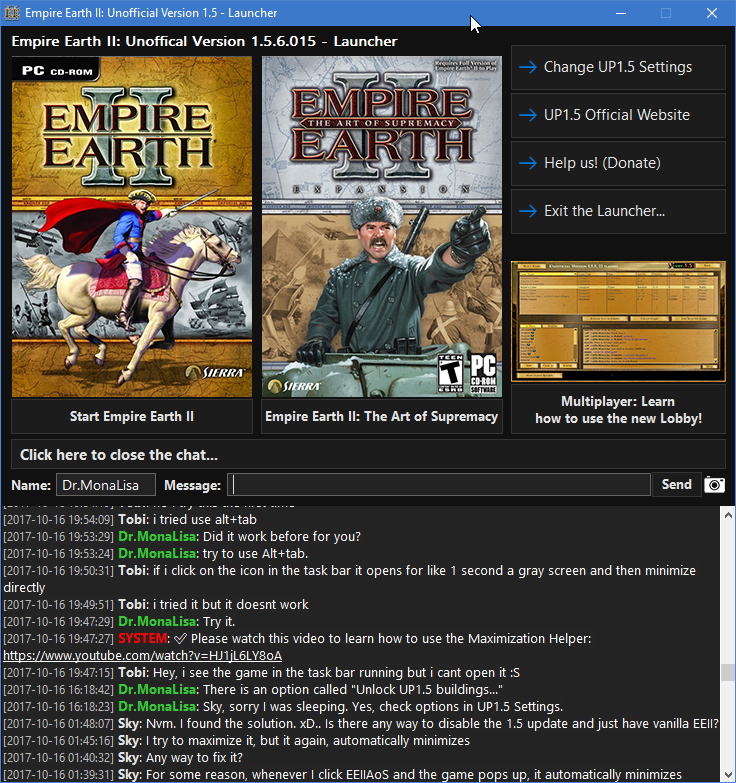 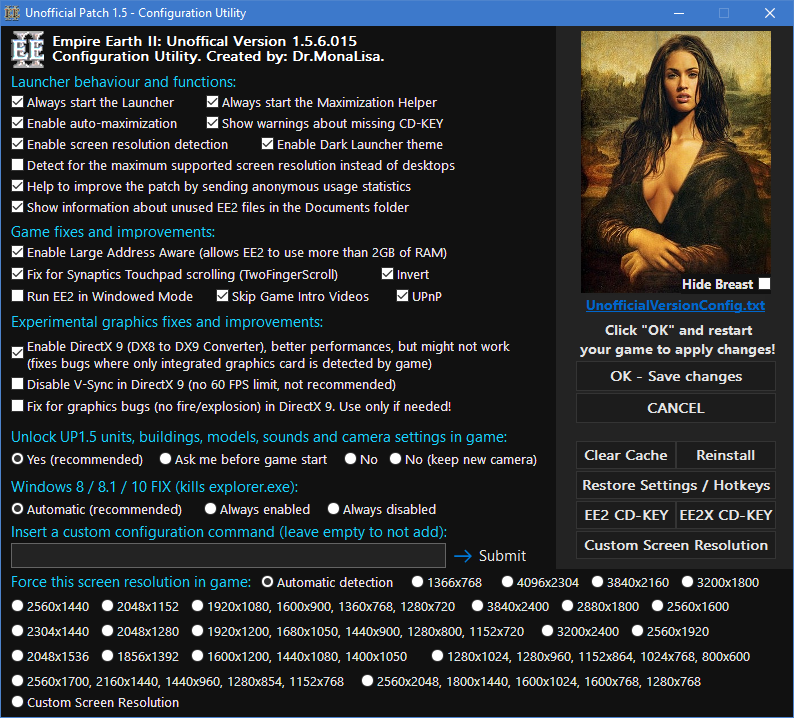