I'm extremely honored to present the new Unofficial Patch 1.5.9. This major version update mostly focuses on the Borderless Windowed Mode, and the advanced support for Secondary Monitors. These features are now fully functional and bug-free. Most players don't notice the time-consuming "under the hood" changes, so we also added some in-game graphical features for them.

Let's focus on some of the most significant changes. The full changes log is at: ee2.eu/patch/#1.5.9.

AI-Enhanced Menu Video: The AI-Enhanced version of the looped background menu video (in 16:9 aspect ratio). It results in a much higher quality of the background video, but increases the CPU% usage in the menu, and might result in lower FPS in the menu on low-end computers. This option is automatically enabled if you use a monitor with the aspect ratio greater than ~1.5 (width divided by height), e.g 16:10, 16:9, 21:9. It can be switched on/off in UP1.5 Settings. 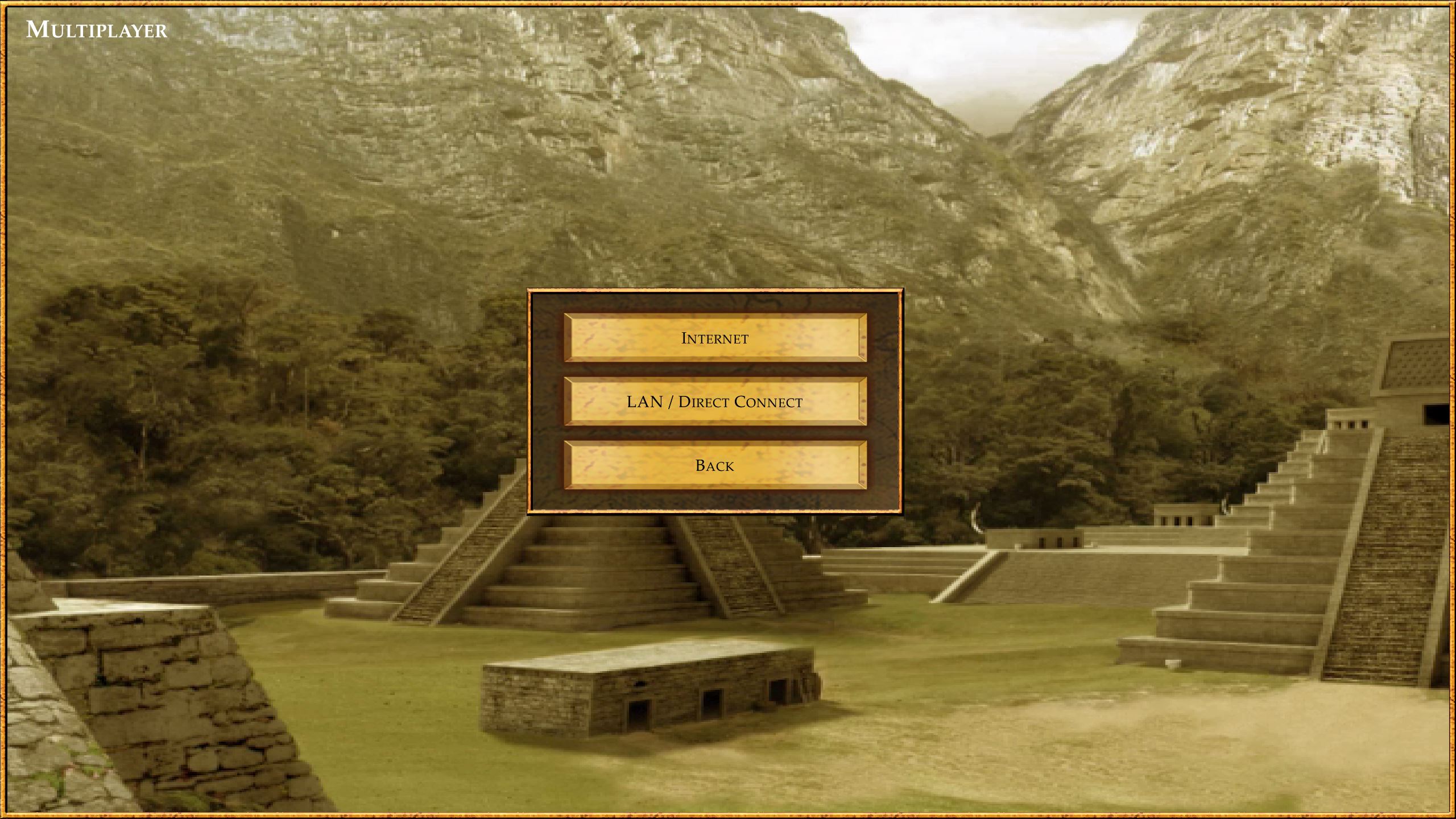 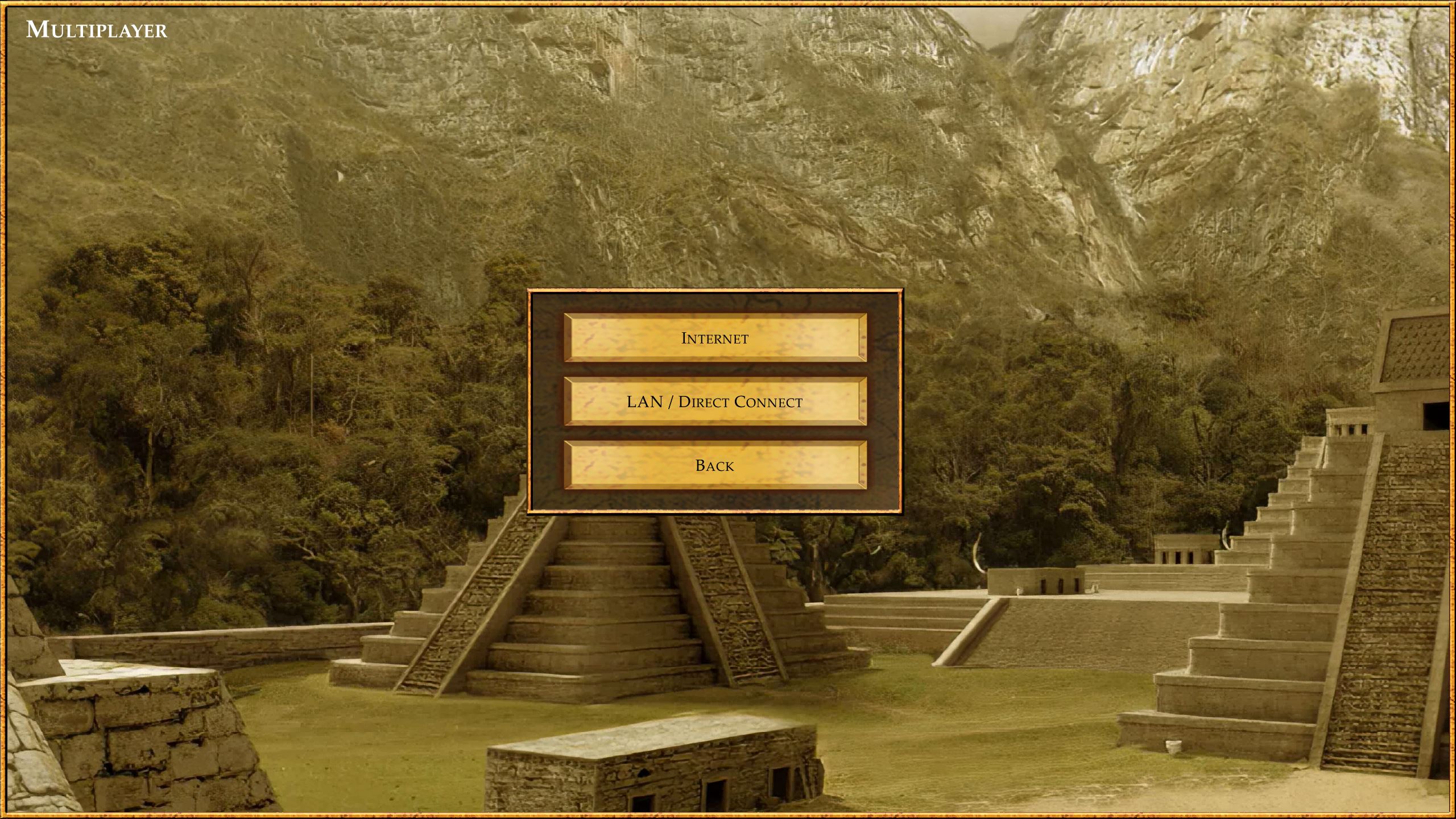 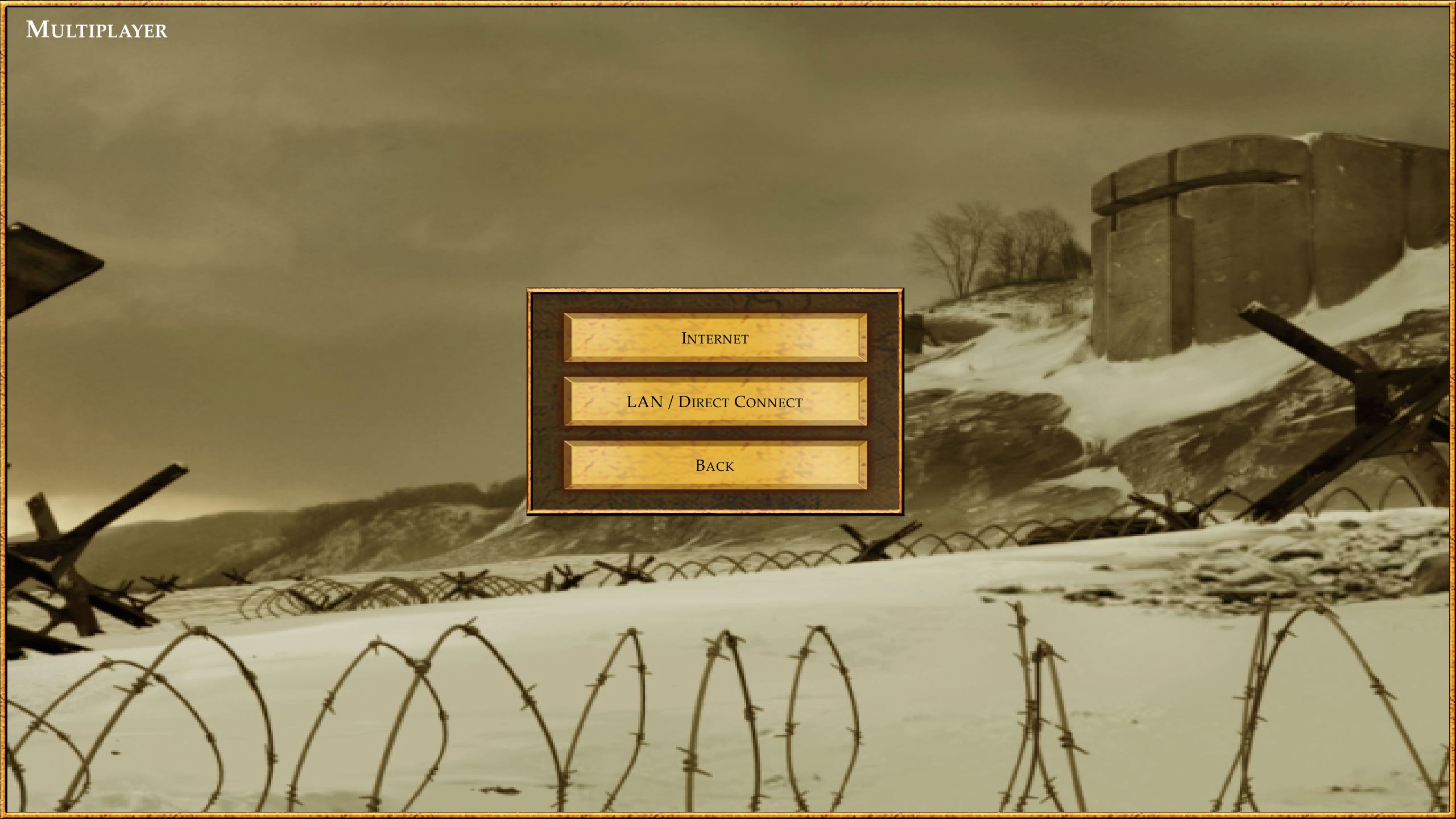 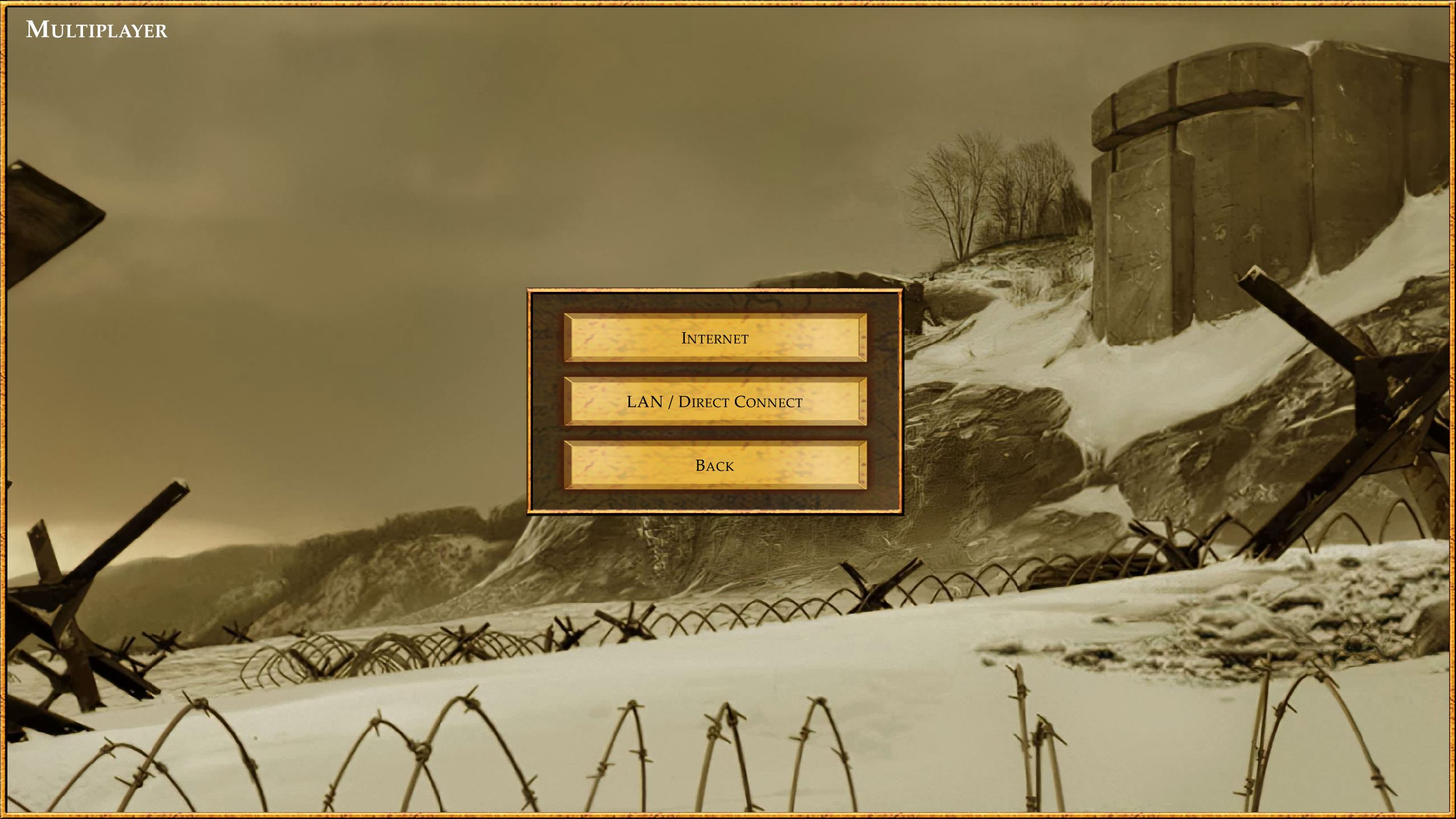 The AI-Enhanced Menu Videos have significantly increased the UP1.5 installer size (additional 322 MB), but we believe it's for the greater good.

- "Green economy, blah, blah, blah. Climate-neutral, blah, blah, blah" - Greta Thunberg.
Mona has the abilities to reduce the CO2 emission, too. Therefore, she added a new custom configuration option: "PauseBinkVideoWhenGameWindowIsInactive=1" (enabled by default). It allows UP15_GameHelper.dll to decide when to pause the background video in order to save CPU load when the game window is currently minimized, inactive or the mouse pointer is on another monitor. It results in power saving and lower CO2 emission from players who often minimize the game e.g. when they're waiting for a game in the multiplayer lobby. 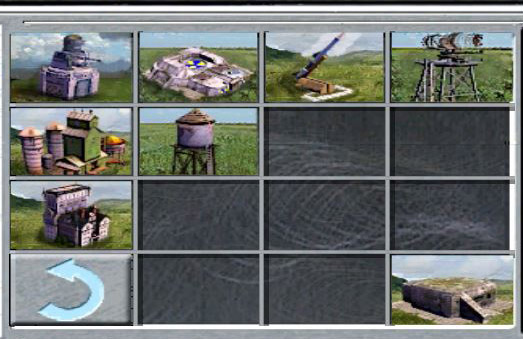 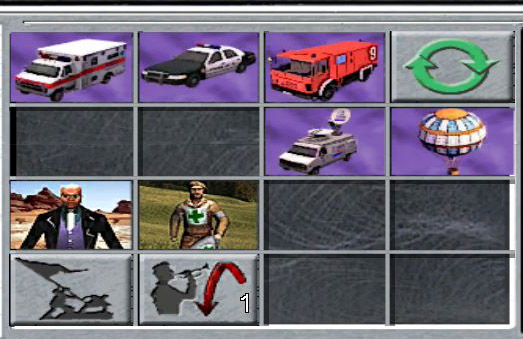 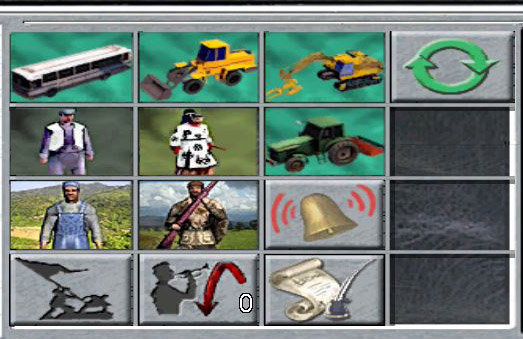 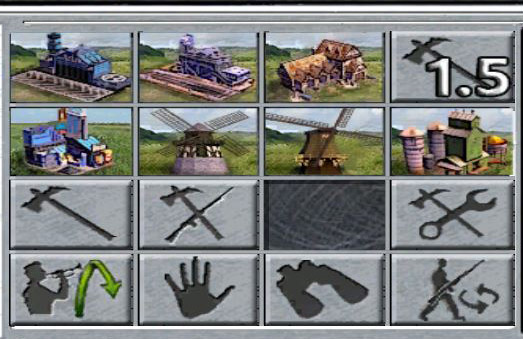 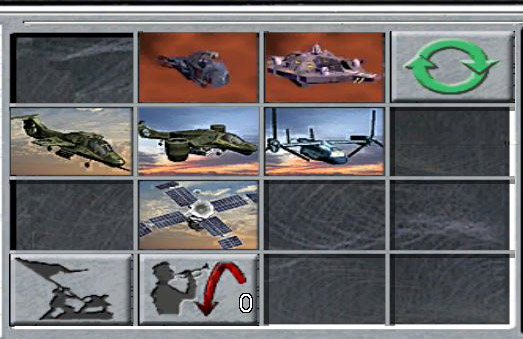 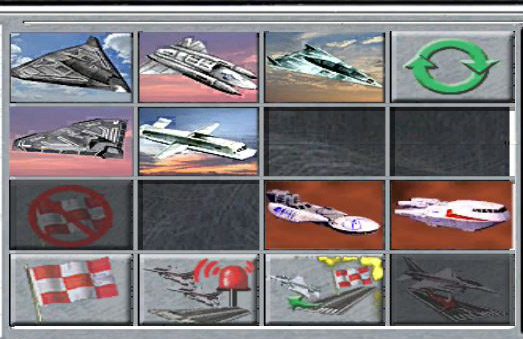 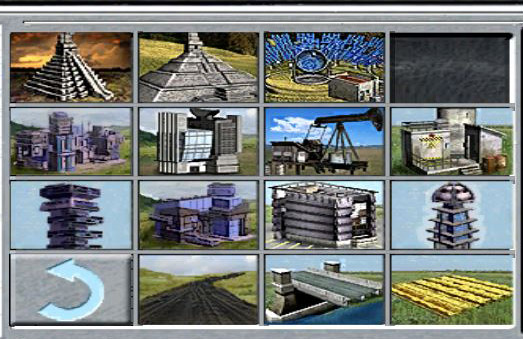 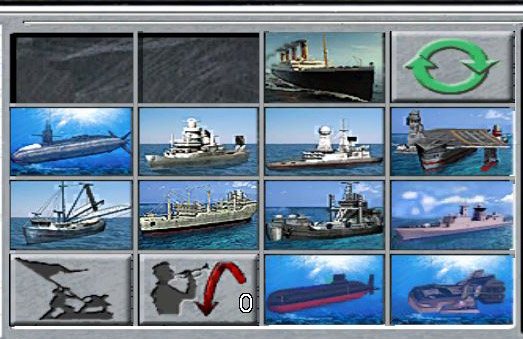 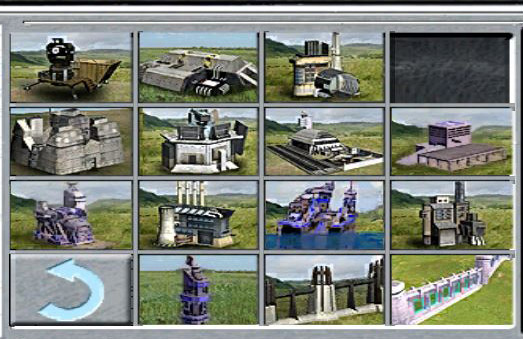 Exclusive Borderless Windowed Mode:
* UP15_GameHelper.dll is now removing the window title bar and borders fully, so the other workarounds from previous updates are no longer needed.
* Fixed (minimally) incorrect window height and distorted aspect ratio on Windows 11 and reduced the number of times the windows taskbar still remains on the screen.
REMINDER: You can use the CTRL+F9 hotkey (toggle on/off Constrain Cursor) to move the mouse cursor outside of the game window.

Render on Secondary Monitor:
* The Borderless Windowed Mode now starts with the correct screen coordinates, based on the selected Adapter Index in UP1.5 Settings.
* Added a new Adapter Index option: "Auto", which automatically selects the monitor on game start, depending on where your mouse cursor (e.g. moved UP1.5 Launcher window) is on.
* Fixed a bug where the game was calling the function "EnumDisplaySettings" only for the primary monitor, so bigger screen resolutions on secondary displays could be unavailable in game. It could also result in the error on game start: "FATAL PROBLEM: Failed to find any Direct3D display mode supported by your monitor". UP15_GameHelper.dll is now obtaining the correct monitor from the DirectX adapter index, getting its device name and pushing it as the function parameter.

Windowed Mode Improvements:
Added a new custom configuration option "WindowedModeDontPauseOrMute=1" (enabled by default):
* When UP15_GameHelper.dll detects that the game is currently in the windowed mode - it applies fixes that prevent the game from pausing or audio from getting muted when the game window loses focus. It reverts these fixes when the game window becomes fullscreen again (e.g. ALT+ENTER hotkey press).
* Additionally, this option fixes a problem where other games can not constrain the cursor (for camera scrolling on borders) on the side where a monitor with running EE2 is. It's because EE2 was intercepting the mouse cursor whenever it was getting close to the game window.
* Enabled V-Sync by default in the windowed mode. It now respects the status of option: "Disable V-Sync" from UP1.5 Settings.

Screenshot of the new / updated UP1.5 Settings: 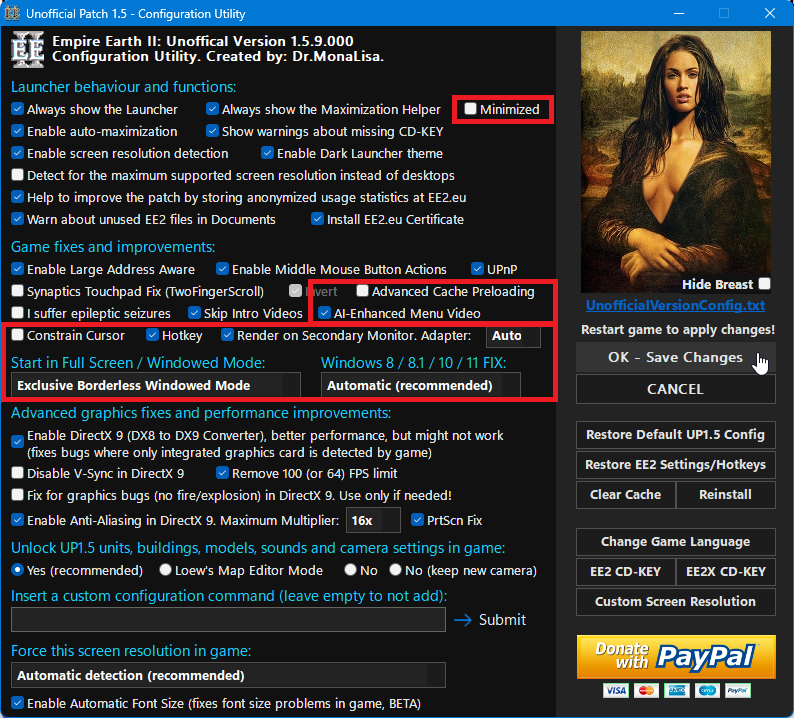 Improved the "Take Screen Shot" function (using DirectX 9):
* Added new custom configuration commands which can be inserted in UP1.5 Settings:
# UseNewScreenshotsMethodInDX9=1 | When enabled (default), use the new screenshots capturing method.
# ScreenshotsInDX9UsePNGInsteadOfBMP=1 | When enabled (default), save screenshots to PNG format instead of BMP (CTRL+PrtScn hotkey).
# ScreenshotsJPEGQuality=80 | Allows you to configure the quality of JPG screenshots (PrtScn hotkey). 0 = default compression. Available values from 1 to 100, where 1 is the strongest compression (lowest file size), and 100 is the lowest compression (biggest file size).
* Fixed a game crash (0x00acad91, 0x00b80b91) when taking screenshots, when the game window doesn't fully fit the active monitor (windowed mode).
* Fixed a bug where taking screenshots on secondary monitors could cause a game crash or result in cropped images.

Advanced Cache Preloading:
* When enabled, Unofficial Patch 1.5 uses the new advanced methods to preload certain game files to the game cache on launch. It increases the time needed for the game process to start and causes much higher RAM usage, but reduces the number of mini-freezes that could occur e.g. when a sound, texture or model was loaded in the game for the first time. This feature uses the original game caching functions, so memory is not wasted and might be released by the game process when needed.
* Added the caching progress status (percent finished, total number of files to cache, number and filename of the file currently being cached). 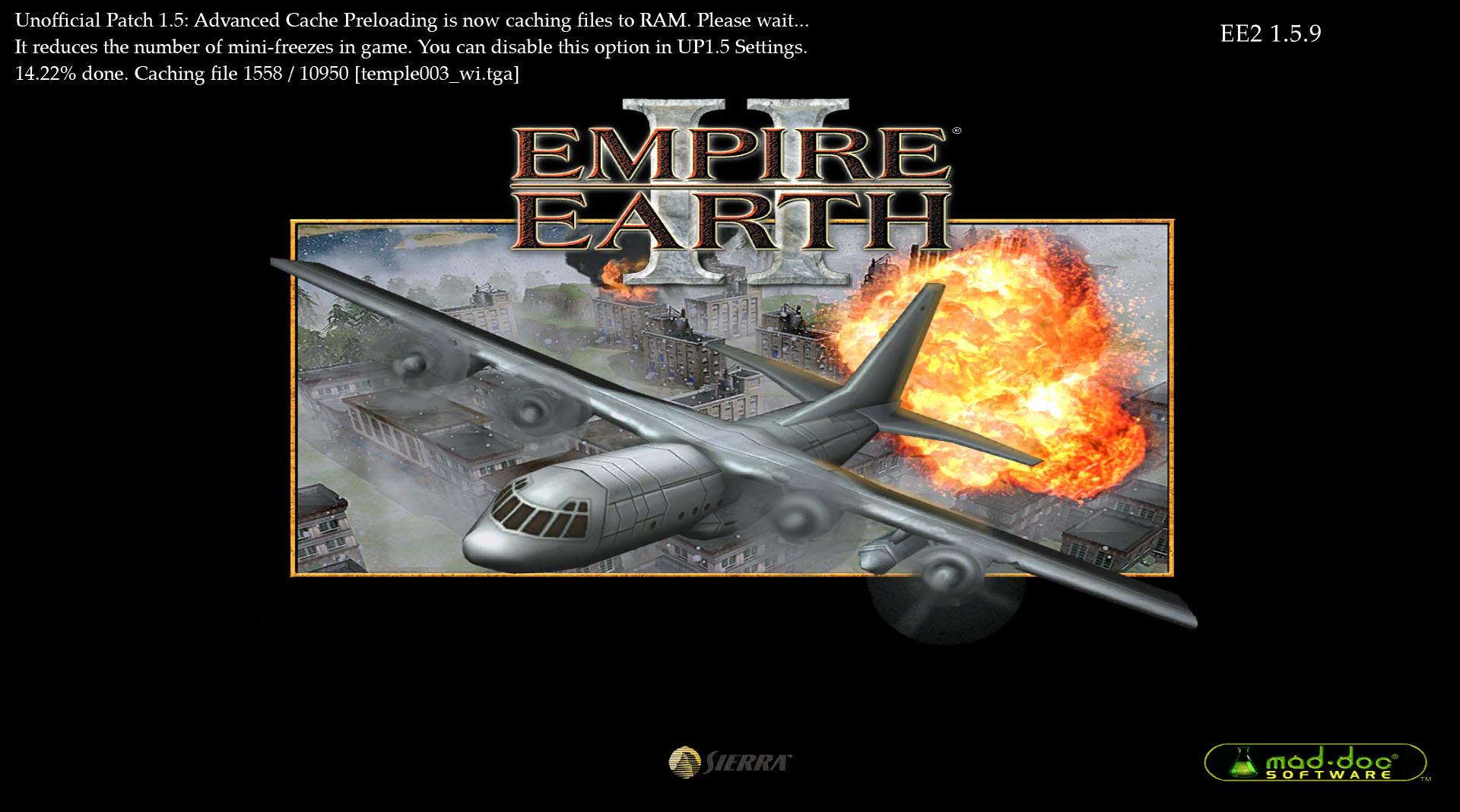 Other changes:
* Added detection of an occasionally occurring bug where the game process is running in the background, while no game window exists. In the past users had to manually terminate the game process by the Task Manager in order to be able to start a new instance of the game. UP15_GameHelper.dll Watchdog Thread is now detecting this problem and displays a message box where it's possible to kill the game process with a single click.

KNOWN ISSUES:
* Intel's 12th Gen processors integrated graphics have an issue where the text is not displaying in Empire Earth II. It's because their drivers use D3D9On12 to support old games. The issue was reported to Microsoft. Read more: github.com/microsoft/D3D9On12/issues/57
# A new custom configuration command is available: "UseD3D9On12InDirectX9=1". It allows all users to try the DirectX 12 mode (D3D9On12) in Empire Earth II. Thanks to "elishacloud" for help in adding this option.

Screenshot of the D3D9On12 problem: 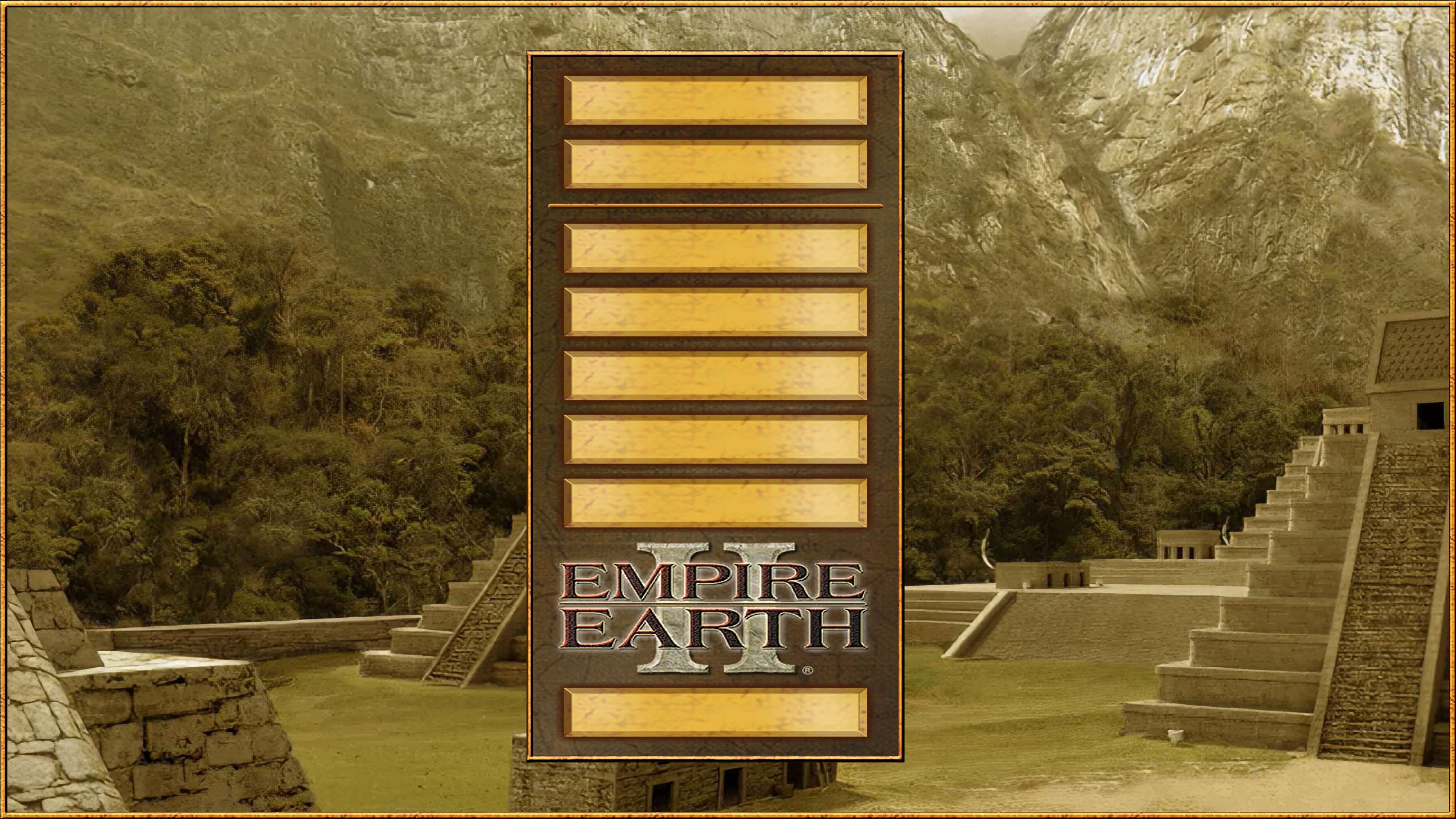 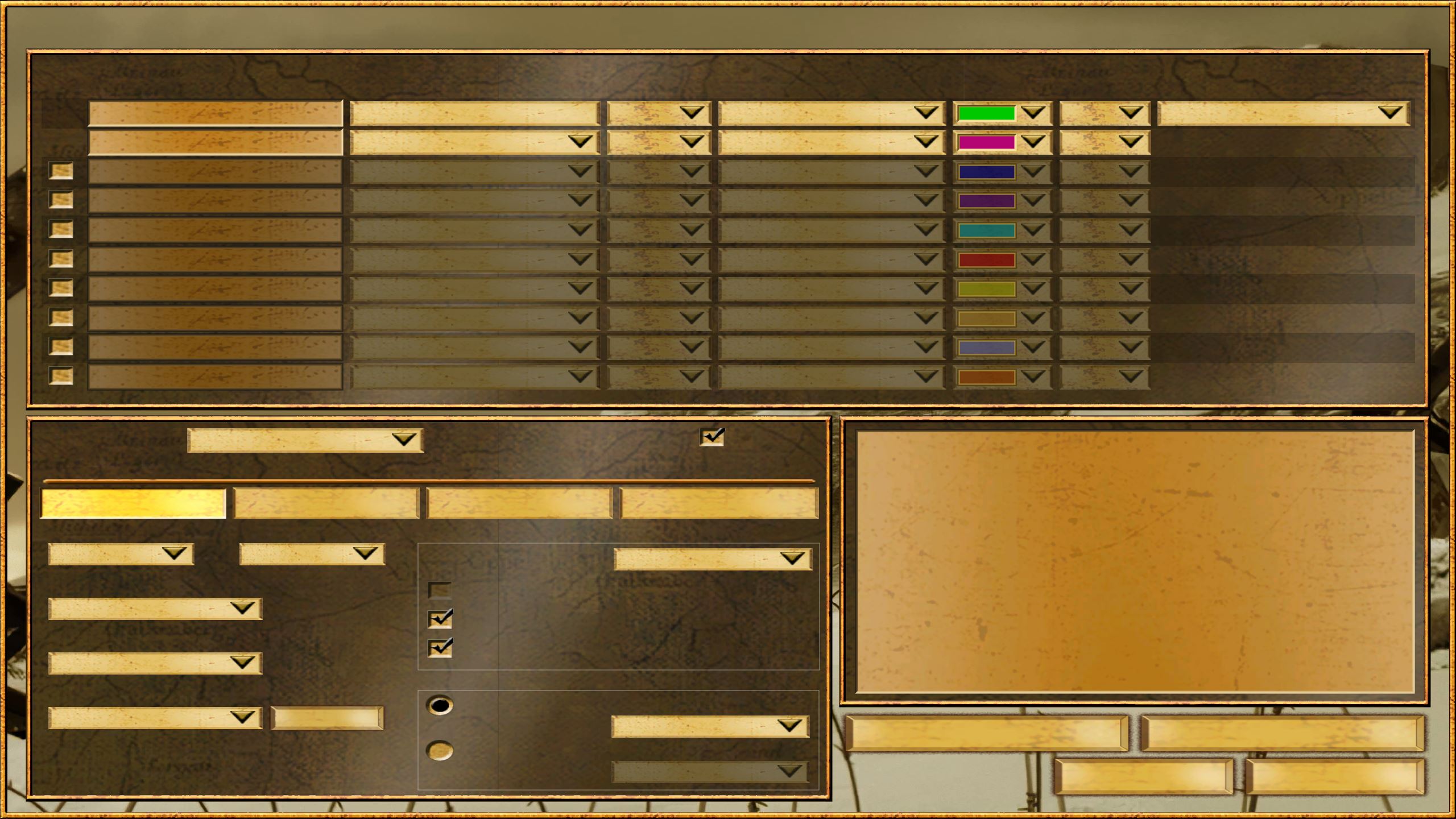 Summary:
Development of Unofficial Patch 1.5 is on a higher level than years ago. I understand that the changes log might not be satisfying for players who expect more modding-related stuff in game (e.g. new units and buildings), however the assembly changes that are successfully added to UP1.5 are way harder and way more time consuming than simple modding. There is no alternative to UP1.5, so Dr.MonaLisa focuses on things that can not be done by other people. In the long term, features added to UP1.5 will "pay off". The problem-free borderless windowed mode and advanced support for Secondary Monitors will attract more Twitch / Youtube and other streamers to EE2, making our community more popular. Ability to take screenshots on secondary monitors is also very important, because it prevents random crashes and doesn't stop players from using secondary monitors. This required to program the new screenshotting method from scratch, integrate it with the existing game functions and respect the UP1.5 Launcher options. All this, from intependent DLL modules that communicate "externally". Everything sounds simple on the paper, but in reality it's dozens of assembly fixes and the work with memory addresses.
I hope players will enjoy the new features in update 1.5.9! Stay tuned for minor updates from 1.5.9 series!

If you like the patch, please consider donating. The money are very important to keep everything running. Any financial help would be very appreciated. You can check the current Servers load & performance on our Status page.